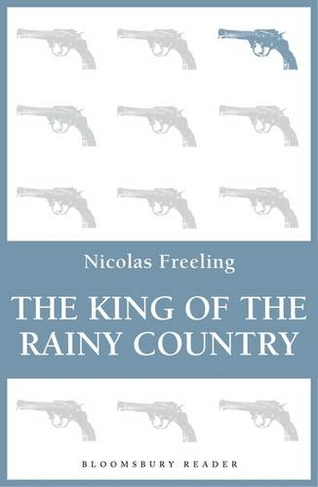 The King of the Rainy Country

This was the end of the story that had started 'Once upon a time, in a rainy country, there was a king...' The end had not happened in a rainy country, but on a bone-dry Spanish hillside, three hundred metres from where Van der Valk had left a lot of blood, some splintered bone, a few fragments of gut, and a ten-seventy-five Mauser rifle bullet. No one had broken any laws. But a handsome, middle-aged millionaire had disappeared with a naked girl. And Van der Valk was given the job of finding out why.

Nicolas Freeling, born Nicolas Davidson (March 3, 1927 - July 20, 2003), was a British crime novelist, best known as the author of the Van der Valk series of detective novels. A television series based on the character was produced for the British ITV network by Thames Television during the 1970s, and revived in the 1990s.Freeling's The King of the Rainy Country received a 1967 Edgar Award, from the Mystery Writers of America, for Best Novel. He also won the Gold Dagger of the Crime Writers' Association, and France's Grand Prix de Litterature Policiere.In 1968 his novel Love in Amsterdam was adapted as the film Amsterdam Affair directed by Gerry O'Hara and starring Wolfgang Kieling as Van Der Valk.