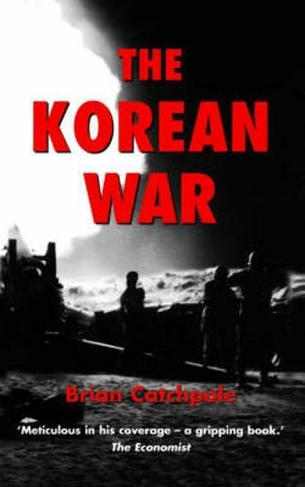 Truman was reluctant to intervene, but two weeks later a UN resolution was passed setting up a unified command under the blue flag under General MacArthur. Thus began the struggle which did not end until the armistice in 1953. In this book Brian Catchpole recounts the military operations - the slogging war on the ground as well as the UN naval superiority and the importance of air power. He also explains the diplomatic background of international relations between China and the West, the communist propaganda in the north, the issue of prisoners-of-war, the talks leading to the armistice and the creation of the demilitarized zone. The war enabled the UN to act in an official capacity to defend a state under military attack - the only time during the Cold War it did so. But it did not enhance the reputation of the UN for resolving international disputes.

Brian Catchpole is a Korean War veteran and the author of many books including Twentieth Century Germany, The Modern World and Britain; Clash of Cultures and Balloons to Buccaneers. He lives in Yorkshire.