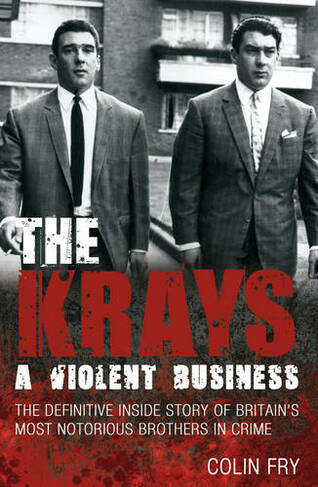 The Krays: A Violent Business The Definitive Inside Story of Britain's Most Notorious Brothers in Crime

Twins Ron and Reg Kray were without doubt the most powerful, violent and deadly gangsters that London has ever known. They ran protection rackets, clubs and casinos, as well as fraudulent 'long firms'. They blackmailed, intimidated and killed - for many years with impunity thanks to their powerful cronies in the Establishment. Working with all five main Mafia families in New York, they were expanding their business worldwide when they were imprisoned for murder in 1968. Featuring revealing new material, The Krays: A Violent Business is the story of their lives - and of the secrets and scandals the British government still doesn't want you to know about. 1 x 8pp b/w

Colin Fry was born in Hillingdon, Middlesex, like Ron and Reg Kray an identical twin. He worked in the film and music industries before turning to writing.