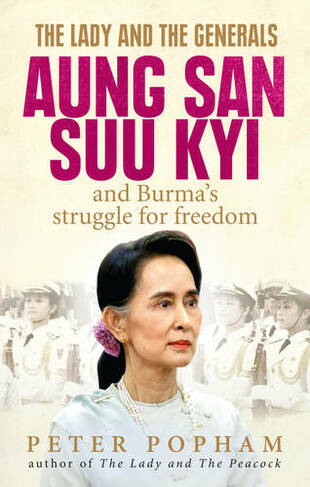 The Lady and the Generals: Aung San Suu Kyi and Burma's struggle for freedom

'EXCELLENT' SPECTATOR Nobel Peace Prize winner, Aung San Suu Kyi, is a symbol of supreme courage in the face of tyranny. Released from house arrest in 2010, she led her party to a dramatic victory in Burma's first free general election in a generation. Acclaimed biographer, Peter Popham, describes how, inspired by her leadership, Burma has found its voice and transformed its destiny. However greater freedom has brought with it other troubles. The Lady and the Generals offers a compelling portrait of this fascinating country and asks where Burma and Suu Kyi - with her bravery, her charisma and her limitations - are heading next. Praise for The Lady and the Peacock, also by Peter Popham 'What a gift to our world and what a splendid telling of [Aung San Suu Kyi's life]. We are deeply indebted to Peter Popham for such a superb account' - Archbishop Desmond Tutu 'Sensitive and moving' - Sunday Times 'Beautifully written and compelling in every aspect' - Joanna Lumley 'Warm and objective...will not be bettered for a long time' - Independent on Sunday

Peter Popham has toured Burma as an undercover journalist many times since his first visit to the country in 1991. A foreign correspondent and commentator with the Independent newspaper, he covered South Asia (including Burma) for a period in the late 90s. Popham interviewed Suu Kyi when she was released from house arrest in 2002, and has met her again several times. He lives in London.