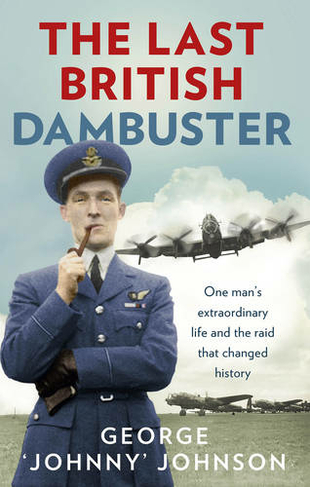 The Last British Dambuster: One man's extraordinary life and the raid that changed history

Johnny Johnson has been awarded an MBE for his remarkable services in World War II 'I was anxious to fight. Hitler was the bastard who had started all this and he needed sorting out. We were under threat. Everything we stood for: our country, our families and our way of life was being attacked by this maniac. He could not be allowed to win. So for me and many, many others like me, there was no alternative. We were in a pickle and something had to be done.' Johnny Johnson is 95 years old and one of very few men who can recall first-hand the most daring and ingenious air raid of all time. He can also vividly remember his childhood spent working on a farm with his controlling father, the series of events that led him to the RAF and the rigorous training that followed. But it was his decision to join 617 Squadron, and the consequences, that have truly stayed etched in his mind. On 16 May 1943, Johnny, alongside 132 specially selected comrades, took off from Scampton airbase in Lincolnshire. For six weeks they had been trained to fulfil one mission that was near impossible: to destroy three dams deep within Germany's Ruhr Valley. It was a daring task but, against the odds, Johnny and his crew survived. Sadly, 53 comrades did not. For the first time, Johnny relives every moment of that fatal night - and the devastating aftermath. He recalls with unique wit and insight the difficult training conducted in secrecy, the race against time to release the bombs, and the sheer strength and bravery shown by a small unit faced with great adversity and uncertainty. Embodying a whole squadron, and leaving a lasting legacy for generations to come, Johnny's story is like no other.

Sergeant George Leonard Johnson was born in Lincolnshire in 1921, the sixth child of a farm foreman. On the outbreak of the Second World War he volunteered for the RAF. After completing initial training, Johnny was sent to the USA for pilot training. Failing this course, he returned to England and became an air gunner. In July 1942, he was posted to 97 Squadron, where he became a bomb-aimer. A chance meeting introduced him to Flight Lieutenant Joe McCarthy, and they were soon flying together on a number of major raids before joining 617 Squadron.Johnny went on to complete a further 19 operations with 617 Squadron before he was posted elsewhere. He remained an instructor until the end of hostilities. Post-war he served with 100 Squadron and 120 Squadron Coastal Command. After a period in the Far East and a final tour in the UK, Johnny retired as Squadron Leader in 1962.Following the death of his wife, whom he adored for over 60 years, Johnny moved to Bristol where he is supported and much loved by an extended family of three children, eight grandchildren and 18 great-grandchildren.