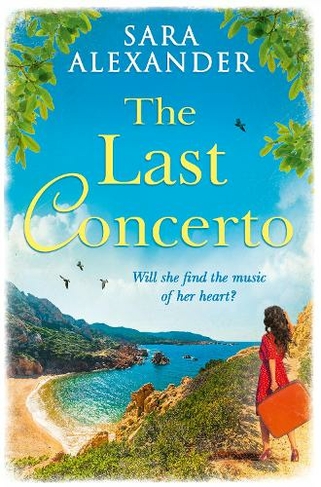 The perfect summer read for fans of Santa Montefiore, Victoria Hislop and Dinah Jeffries Will Alba find the music of her heart? Sardinia, 1968. When eleven-year-old Alba Fresu witnesses her father and brother kidnapped by bandits, her previously happy and secure family life is shaken to the core. The pair are eventually released, but the experience leaves Alba deeply disturbed, unable to give voice to her inner turmoil. While accompanying her mother to cleaning jobs, Alba visits the villa of an eccentric Signora and touches the keys of a piano for the first time. She is transported to another world, one where she can finally express emotion too powerful for words alone. She takes secret piano lessons and, against her parents' wishes, accepts a scholarship to the Rome conservatoire. There she immerses herself in the vibrant world of the city, full of heat and passion she's never experienced before - and embarks on an affair that will change the course of her life forever. But Alba soon reaches a crossroads, and must decide how to reconcile her musical talent with her longing for love and family . . . Praise for Sara Alexander: 'Will leave readers riveted until the explosive conclusion' Publishers Weekly 'This enchanting novel is a delightful read, perfectly suited for a warm beach with a cold beverage. Readers who enjoy Adriana Trigiani's historical Italian family sagas will adore Alexander's debut.' Booklist

Sara Alexander attended Hampstead School, London, and went on to graduate from the University of Bristol, with a BA hons in Theatre, Film & TV. She followed on to complete her postgraduate diploma in acting from Drama Studio London. She has worked extensively in the theatre, film and television industries, including roles in much loved productions such as Harry Potter & the Deathly Hallows, Doctor Who, and Franco Zeffirelli's Sparrow. She is based in the London.