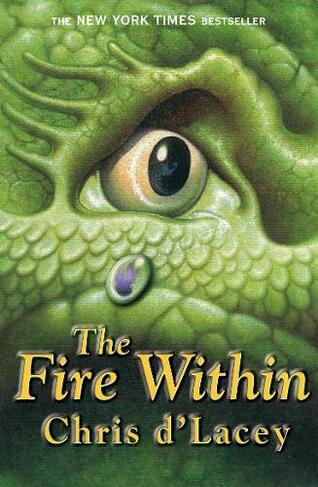 'David ran a hand through his mop of brown hair. Dragons. It was certainly different from his last set of lodgings, where all you got were spiders and the occasional mouse. "It's perfect," he said.' When David arrives at Wayward Crescent he has no idea what lurks inside the Pennykettle house. Only when he's given his own special dragon does he begin to unlock their mysterious secrets, and to discover the fire within...

Chris d'Lacey was born in Malta. However, he has lived the majority of his life in Leicester. After graduating from York University with a biology degree, he went to Leicester University where he has worked for the past twenty-two years as a research scientist. Chris never had plans to become a writer - his teenage wish was to become a famous songwriter! Chris has published books with Orchard Books, Transworld, Scholastic and Egmont. His first children`s book Fly, Cherokee, Fly was highly commended for the 1999 Carnegie Medal. However, Chris claims his own favourite is The Fire Within which took him fifteen years to write and is a mixture of stories, one of which he was writing for his wife, Jay, as a surprise present. Chris lives with Jay in Leicester. He is a keen Leicester City fan and has ambitions to visit the Arctic, fly in a space shuttle, own a racehorse, have a record on Top of the Pops and beat his five-year-old nephew on the Playstation!