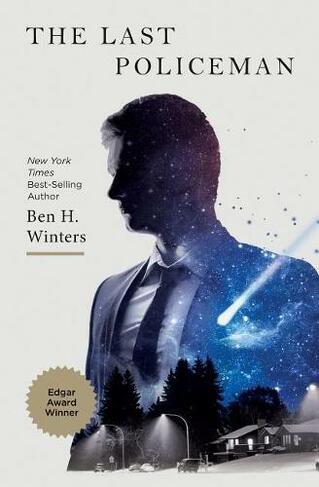 By Ben H. Winters (Author)
Paperback
https://www.whsmith.co.uk/products/the-last-policeman/ben-h-winters/paperback/9781594746741-12-000.html £9.83 rrp £11.99 Save £2.16 (18%)
GBP
Availability
In Stock
Free Delivery Available When You Spend £15 Or More
Details
Spend £15 On Eligible Products To Recieve Free Standard Delivery To You Home Or Free Next Working Day Click And Collect To Store
Share

In THE LAST POLICEMAN, Edgar Award winner and New York Times bestselling author Ben H. Winters, offers readers something they've never seen before: A police procedural set on the brink of an apocalypse. What's the point in solving murders when we're going to die soon, anyway? Hank Palace, a homicide detective in Concord, New Hampshire, asks this question every day. Most people have stopped doing whatever it is they did before the asteroid 2011L47J hovered into view. Stopped selling real estate; stopped working at hospitals; stopped slinging hash or driving cabs or trading high-yield securities. A lot of folks spend their days on bended knee, praying to Jesus or Allah or whoever they think might save them. Others have gone the other way, roaming the streets, enjoying what pleasures they can before the grand finale. Government services are beginning to slip into disarray, crops are left to rot. When it first appeared, 2011L47J was just a speck, somewhere beyond Jupiter's orbit. By mid-October it revealed itself to be seven kilometers in diameter, and on a crash course with the Earth. Now it's March, and sometime in September, 2011L47J will slam into our planet and kill half the population immediately, and most of the rest in the miserable decades that follow. All of humanity now, every person in the world - we're like a bunch of little kids, in deep, deep trouble, just waiting till our dad gets home. So what do I do while I wait? I work. Today, Hank Palace is working the case of Peter Zell, an insurance man who has comitted suicide. To his fellow police officers, it's just one more death-by-hanging in a city that sees a dozen of suicides every week. But Palace senses something wrong. There's something odd about the crime scene. Something off. Palace becomes convinced that it's murder. And he's the only one who cares. What's the difference, Palace? We're all gonna die soon, anyway. As Palace digs deeper, we are drawn into his world. We meet his sister Nico and her screwup boyfriend, Derek, who are trying to beam S.O.S messages into outer space; we meet Erik Littlejohn, a spiritual advisor helping his clients through these difficult times. Palace's investigation plays out under the long shadow of 2011L47J, forcing everyone in the book - and those reading it - to confront hard questions way beyond who-dunn-it. What basis does civilization rest upon? What is life worth? What would any of us do, what would we really do, if our days were numbered?

BEN H. WINTERS is a New York Times bestselling author and an Edgar Award nominee. Ben lives in Cambridge with his wife and three children.