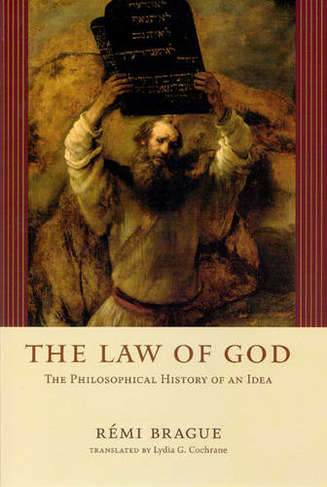 The Law of God The Philosophical History of an Idea

The law of God: these words conjure an image of Moses breaking the tablets at Mount Sinai, but the history of the alliance between law and divinity is so much longer, and its scope so much broader, than a single Judeo-Christian scene can possibly suggest. In his stunningly ambitious history, Remi Brague goes back three thousand years to trace this idea of divine law in the West from prehistoric religions to modern times - giving new depth to today's discussions about the role of God in worldly affairs.Brague masterfully describes the differing conceptions of divine law in Judaic, Islamic, and Christian traditions and illuminates these ideas with a wide range of philosophical, political, and religious sources. In conclusion, he addresses the recent break in the alliance between law and divinity - when modern societies, far from connecting the tow, started to think of law simply as the rule human community gives itself. Exploring what this disconnection means for the contemporary world, Brague reengages readers in a millennia-long intellectual tradition, ultimately arriving at a better comprehension of our own modernity.