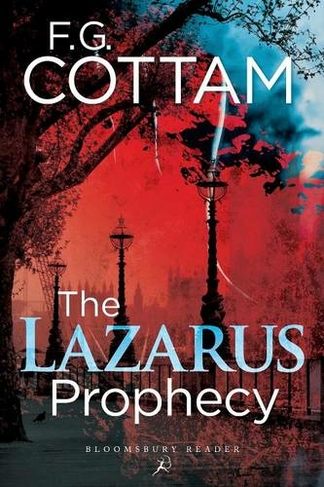 There is a killer loose on the streets of London, one that evades security cameras, is not held by locks, and savagely mutilates his victims. When the murderer switches from unknown prostitutes to Julie Longmuir, a beautiful actress at the height of her success, no woman feels safe. As the press begin to draw uncomfortable comparisons with Jack the Ripper, Jane Sullivan, heading up the police investigation, grudgingly has to agree. But the religious writing, scrawled on the wall in Julie Longmuir's blood, is outside Jane's area of expertise. Roping in Jacob Prior, a disillusioned theologian, they attempt to pick apart the demonic delusions of this Ripper copycat. They must act quickly, as events are spiralling out of control, and Jane is next on the killer's list. Jane will be tested beyond the limits of standard police work, as the esoteric insinuates itself into the investigation. For events are linked to the clandestine Priory in the Pyrenees, the home of a secret Christian sect that pre-dates the Knights Templar. Jane and Jacob are faced with a deeper mystery than they had ever dreamed of; are they simply dealing with a psychopath, or is this something bigger, is this The End of Days?

F.G. Cottam was born and brought up in Southport in Lancashire, attending the University of Kent at Canterbury where he took a degree in history before embarking on a career in journalism in London. He lived for 20 years in North Lambeth and during the 1990s was prominent in the lad-mag revolution, launch editing FHM, inventing Total Sport magazine and then launching the UK edition of Men's Health. He is the father of two and lives in Kingston-upon-Thames. His fiction is thought up over daily runs along the towpath between Kingston and Hampton Court Bridges.