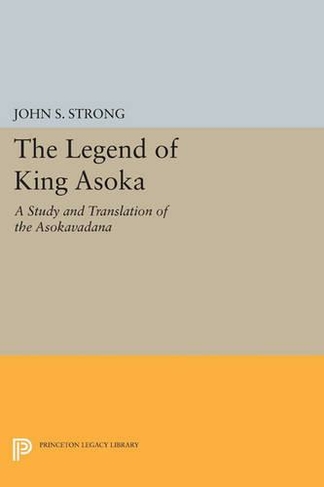 The Legend of King Asoka: A Study and Translation of the Asokavadana (Princeton Legacy Library)

An English translation of the Asokavadana text, the Sanskrit version of the legend of King Asoka, first written in the second century A.D. Emperor of India during the third century B.C. and one of the most important rulers in the history of Buddhism, Asoka has hitherto been studied in the West primarily from his edicts and rock inscriptions in many parts of the Indian subcontinent. Through an extensive critical essay and a fluid translation, John Strong examines the importance of the Asoka of the legends for our overall understanding of Buddhism. Originally published in 1984. The Princeton Legacy Library uses the latest print-on-demand technology to again make available previously out-of-print books from the distinguished backlist of Princeton University Press. These editions preserve the original texts of these important books while presenting them in durable paperback and hardcover editions. The goal of the Princeton Legacy Library is to vastly increase access to the rich scholarly heritage found in the thousands of books published by Princeton University Press since its founding in 1905.