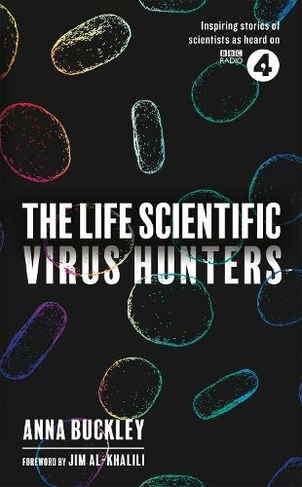 BBC Radio 4's celebrated THE LIFE SCIENTIFIC has featured some of the world's most renowned experts in the field of deadly viruses. The interviews make sobering reading, a reminder of all the deadly viruses that have threatened global health, and why for the scientists working on the front line in the war against viruses, the arrival of Covid-19 came as no surprise. Among the contributors to this all-too-timely book are: Jeremy Farrar, before he became Director of the Wellcome Trust, worked in an Infectious Diseases Hospital in Vietnam. He was on the frontline tackling SARS and nine months later a highly pathogenic strain of bird flu, H5N1. Peter Piot was at the forefront of the Ebola epidemic in West Africa. He was the first to identify HIV in Africa. It took him fifteen years to persuade the world that it was also a heterosexual disease. Later as Executive Director of UN AIDS he fought for years to get the UN to take the threat of HIV seriously. Jonathan Ball studies how viruses operate at the molecular level, hoping to find their Achilles' heel and so develop effective vaccines. During the West Africa Ebola epidemic, he studied how the genome of the Ebola virus evolved as it spread from Guinea to Liberia and Sierra Leone. He has shown that as this virus (which more happily lives in bats) infects more humans, it becomes ever more infectious. Wendy Barclay seeks to understand how viruses are able to jump from animals to humans and why some viruses are so much more dangerous to humans than others. Most Londoners had no idea they were infected during the Swine Flu pandemic of 2009. The Bird Flu epidemic in Asia claimed thousands of lives Kate Jones is a bat specialist who works on how ecological changes and human behaviour accelerate the spread of animal viruses into humans. Bats have been infected with coronaviruses for more than 10,000 years.

Anna Buckley is the series producer of The Life Scientific on BBC Radio 4 and has worked with Jim Al-Khalili since the programme was launched in 2011. Offering a refreshing mix of the personal and the scientific, The Life Scientific transformed the way science, and scientists, were talked about on radio and beyond. It is one of the most popular programmes on BBC Radio 4, attracting more than two million listeners every week.