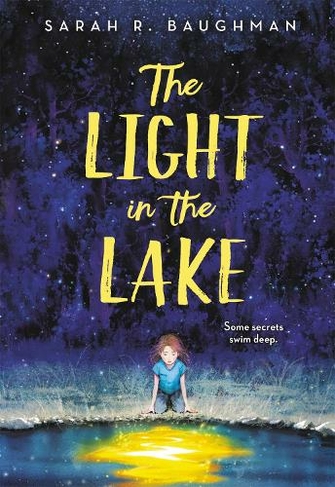 The Light in the Lake

By Sarah R. Baughman (Author)
Paperback
https://www.whsmith.co.uk/products/the-light-in-the-lake/sarah-r-baughman/paperback/9780316422406-12-000.html £5.39 rrp £5.99 Save £0.60 (10%)
GBP
Availability
In Stock
Free Delivery Available When You Spend £25 Or More
Details
Spend £25 On Products To Receive Free Standard Delivery To Your Home Or Free Next Working Day Click And Collect To Store
Share

Twelve-year-old Addie should avoid Maple Lake. After all, her twin brother Amos drowned there only a few months ago. But its crisp, clear water runs in her veins, and the notebook Amos left behind, filled with clues about a mysterious creature in the lake's inky-blue depths, keeps calling her back. She never took Amos seriously when he was alive, but doesn't she owe it to him to figure out, once and for all, if there's really something out there? When she's offered a Young Scientist position studying the lake for the summer, Addie accepts, yearning for the cool wind in her hair and that sparkle on the lake, despite her parent's misgivings. Addie promises her parents that she'll remain under the scientists' supervision and stick to her job of helping them measure water pollution levels, but she can't resist the secrets of Maple Lake. Addie enlists Tai, the son of one of the visiting scientists, to help her sneak off and investigate Amos's evidence of the creature. The more time Addie spends out on the water, the more she discovers the same deep-down feeling Amos had about the magic in Maple Lake. But when the scientists trace the pollution to surrounding dairy farms, including the one run by her beloved aunt and uncle, Addie finds herself caught between her family's interests and Maple Lake's future and between the science she has always prized and the magic that brings her closer to her brother.

Sarah Baughman is the author of The Light in the Lake and a former middle and high school English teacher who now works as an educational consultant. She graduated from Grinnell College and the University of Michigan, then went on to teach English overseas in three different countries. After spending a number of years in rural northeastern Vermont, she recently moved back to Michigan with her husband and their two children.