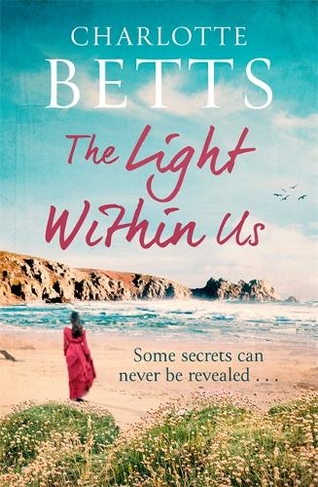 The Light Within Us: a heart-wrenching historical family saga set in Cornwall (The Spindrift Trilogy)

'Moving, heart-warming and beautifully woven' Kate Furnivall From the award-winning author of The Apothecary's Daughter comes a beautifully evocative, family drama set at the turn of the century and perfect for fans of Santa Montefiore, Lucinda Riley and Elizabeth Jane Howard's Cazalet Chronicles. ______________ 1891. Spindrift House, Cornwall. Talented painter Edith Fairchild is poised to begin a life of newlywed bliss and artistic creation with her charming husband Benedict. He recently inherited Spindrift House near Port Isaac and Edith is inspired by the glorious Cornish light and the wonderful setting overlooking the sea. But then happiness turns to heartbreak. In great distress, Edith turns to an artist friend for comfort and after a bitterly-regretted moment of madness she finds herself pregnant with his child. Too ashamed to reveal her secret, Edith devotes herself to her art. Joined at Spindrift House by her friends - Clarissa, Dora and Pascal - together they turn the house into a budding artists' community. But despite their dreams of an idyllic way of life creating beauty by the sea, it becomes clear that all is not perfect within their tight-knit community, and that the weight of their secrets could threaten to tear apart their paradise forever . . . ______________ Why do readers love Charlotte Betts? 'Romantic, engaging and hugely satisfying' Katie Fforde 'A highly-recommended novel of love, tragedy and the power of art' Daily Mail 'I was captivated by this moving, heart-warming and beautifully woven story - gripping, atmospheric, eloquently told and full of rich detail' Kate Furnivall

Charlotte Betts began her working life as a fashion designer in London. A career followed in interior design, property management and lettings.Always a bookworm, Charlotte discovered her passion for writing after her three children and two step-children had grown up. The Apothecary's Daughter is her debut novel and won the YouWriteOn Book of the Year in 2010, the Romantic Novelists' Association Joan Hessayon Award for New Writers in 2011 and the RoNA's Historical Category award for 2013. The sequel, The Painter's Apprentice was published in 2012 and shortlisted for the Festival of Romance's Best Historical Read Award in 2012. The Spice Merchant's Wife was published in 2013 and won the Festival of Romance's Best Historical Read Award in 2013.