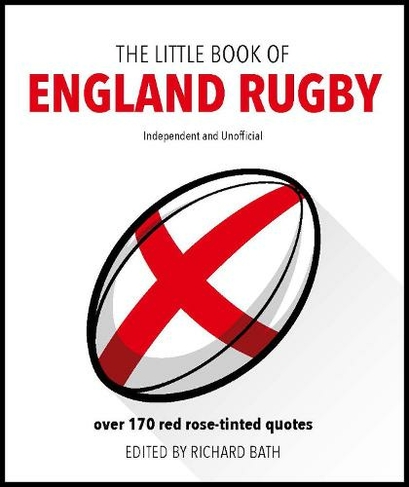 The Little Book of England Rugby: Over 170 red rose-tinted quotes

The Little Book of England Rugby is the latest volume in this highly successful series of sports-themed quotes books. Focusing on the mots justes from former players such as Steve Smith - who noted that Colin Smart who had been rushed to hospital after quaffing aftershave in Paris, 'He may have been unwell, but Colin had the nicest breath I've smelt' - and Will Carling - who, as England captain, called his bosses '57 old f**ts' - to the key men today such as coach Eddie Jones and Owen Farrell. 0

Richard Bath is a freelance sports writer and editor and is the author of numerous sports books, including The Ultimate Encyclopedia of Rugby and The Story of Rugby. He has appeared on radio and television as a pundit and lives in Scotland.