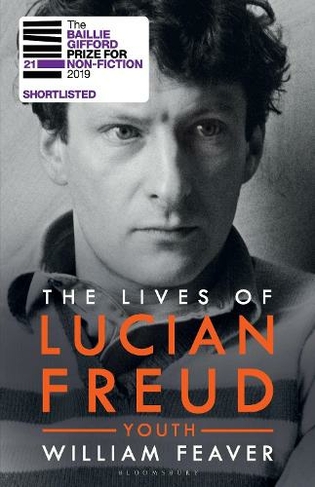 Also available on eBook for £21.23. Click here to purchase from Rakuten Kobo

SELECTED AS BOOK OF THE YEAR BY THE TIMES, FINANCIAL TIMES, DAILY TELEGRAPH, NEW STATESMAN, SUNDAY TIMES, TIMES LITERARY SUPPLEMENT AND SPECTATOR SHORTLISTED FOR THE BAILLIE GIFFORD PRIZE FOR NON-FICTION 2019 'This exceptional book is far from standard biography ... A compendium of high-grade gossip about everyone from Princess Margaret to the Krays, a tour of the immediate post-war art world, a snapshot of grimy London and a narrative of Freud's career and rackety life and loves ... Leaves the ready itchy for volume two' SUNDAY TIMES, ART BOOK OF THE YEAR 'Brilliant ... Freud would have approved' DAILY TELEGRAPH 'Sparkling' SUNDAY TIMES 'Superlative ... packed with stories' GUARDIAN 'Brilliant and compendious ... It does justice to Lucian' FRANK AUERBACH 'A tremendous read. Anyone interested in British art needs it' ANDREW MARR, NEW STATESMAN Though ferociously private, Lucian Freud spoke every week for decades to his close confidante and collaborator William Feaver - about painting and the art world, but also about his life and loves. The result is this a unique, electrifying biography, shot through with Freud's own words. In Youth, the first of two volumes, Feaver conjures Freud's early childhood: Sigmund Freud's grandson, born into a middle-class Jewish family in Weimar Berlin, escaping Nazi Germany in 1934 before being dropped into successive English public schools. Following Freud through art school, his time in the Navy during the war, his post-war adventures in Paris and Greece, and his return to Soho - consorting with duchesses and violent criminals, out on the town with Greta Garbo and Princess Margaret - Feaver traces a brilliant, difficult young man's coming of age. An account of a century told through one of its most important artists, The Lives of Lucian Freud is a landmark in the story its subject and in the art of biography itself.

William Feaver is a painter, curator and author, and was the art critic for the Observer for 23 years. He is on the Academic Board of the Royal Drawing School where he also currently tutors. As well as extensive work as a broadcaster he has produced films with Jake Auerbach including Lucian Freud Portraits and The Last Art Film. His book Pitmen Painters (about the Ashington Group in Northumberland) was adapted for the stage by Lee Hall and has been performed throughout the world since 2007. He curated Lucian Freud's 2002 retrospective at Tate Britain, the Museo Correr and in Barcelona and Los Angeles, and the 2012 exhibition of Freud's drawings in London and New York. He also curated the John Constable exhibition at the Grand Palais in 2002 with Freud. He has sat, weekly, for Frank Auerbach since 2003. He lives in London.