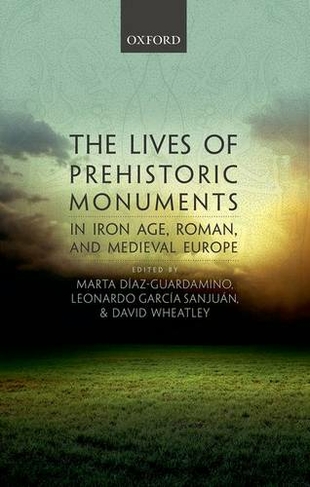 The Lives of Prehistoric Monuments in Iron Age, Roman, and Medieval Europe

This volume explores the pervasive influence exerted by some prehistoric monuments on European social life over thousands of years, and reveals how they can act as a node linking people through time, possessing huge ideological and political significance. Through the advancement of theoretical approaches and scientific methodologies, archaeologists have been able to investigate how some of these monuments provide resources to negotiate memories, identities, and power and social relations throughout European history. The essays in this collection examine the life-histories of carefully chosen megalithic monuments, stelae and statue-menhirs, and rock art sites of various European and Mediterranean regions during the Iron Age and Roman and Medieval times. By focusing on the concrete interaction between people, monuments, and places, the volume offers an innovative outlook on a variety of debated issues. Prominent among these is the role of ancient remains in the creation, institutionalization, contestation, and negotiation of social identities and memories, as well as their relationship with political economy in early historic European societies. By contributing to current theoretical debates on materiality, landscape, and place-making, The Lives of Prehistoric Monuments in Iron Age, Roman, and Medieval Europe seeks to overcome disciplinary boundaries between prehistory and history, and highlight the long-term, genealogical nature of our engagement with the world. 82 illustrations

Marta Diaz-Guardamino is a Research Fellow in Archaeology at the University of Southampton. Her research focuses on the later prehistory of Western Europe, particularly on archaeological art, megalithic monuments, and landscapes. Her research interests include the application of social theory and digital imaging technologies to archaeological enquiry.Leonardo Garcia Sanjuan is a Senior Lecturer in Prehistory at the University of Seville, and has previously occupied academic positions at the universities of Southampton and Bradford. His main field of interest is social complexity in the late prehistory of Iberia, with a special focus on funerary practices and monumental architecture.David Wheatley is a Senior Lecturer in Archaeology at the University of Southampton whose research interests include the later prehistory of Western Europe, GIS-based approaches to the analysis of archaeological sites and landscapes, and digital imaging. More recently, his research has centred on the social prehistory of southern Iberia.