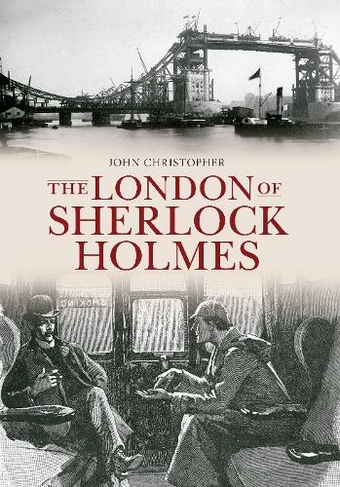 The London of Sherlock Holmes

221B Baker Street was the fictional home of Sherlock Holmes, Arthur Conan Doyle's 'consulting detective'. He penned 56 short stories and four novels featuring the detective and his faithful assistant, Dr Watson, mostly set in and around London. From 1887 until 1927, each new story captivated readers. Within the stories, over 250 London landmarks and streets are mentioned and John Christopher has brought together archive and more recent images of the most famous of Holmes's London haunts. Discovering the London of Sherlock Holmes gives the reader an insight into the London of the master detective, with guides to the locations which feature in the stories. From Scotland Yard to Paddington Station, from Victoria to the Embankment, from the Houses of Parliament to Holmes' own residence in 221B Baker Street, John Christopher brings Holmes into the modern day and makes it easy for the fan to guide themselves around the venues from the stories. 150 Illustrations, unspecified

John Christopher has written and edited a number of books on Engineering, Military History and Railway and Road Transport, specializing in the life and works of Isambard Kingdom Brunel and being the series editor for Amberley's Bradshaw's Guides series. He has also appeared in Michael Portillo's Great British Railway Journeys television series. In between writing books, he is a balloon pilot and Land Rover fan. He lives in Gloucestershire.