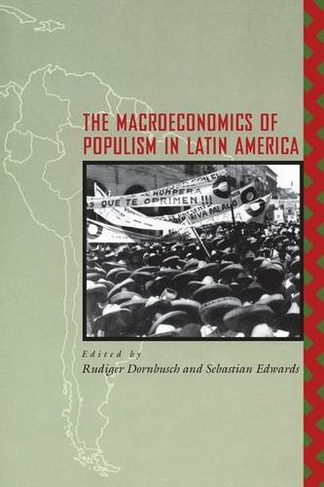 Again and again, Latin America has seen the populist scenario played to an unfortunate end. Upon gaining power, populist governments attempt to revive the economy through massive spending. After an initial recovery, inflation reemerges and the government responds with wage an price controls. Shortages, overvaluation, burgeoning deficits, and capital flight soon precipitate economic crisis, with a subsequent collapse of the populist regime. The lessons of this experience are especially valuable for countries in Eastern Europe, as they face major political and economic decisions. Economists and political scientists from the United States and Latin America detail in this volume how and why such programs go wrong and what leads policymakers to repeatedly adopt these policies despite a history of failure. Authors examine this pattern in Argentina, Brazil, Chile, Mexico, Nicaragua, and Peru-and show how Colombia managed to avoid it. Despite differences in how each country implemented its policies, the macroeconomic consequences were remarkably similar. Scholars of Latin America will find this work a valuable resource, offering a distinctive macroeconomic perspective on the continuing controversy over the dynamics of populism. 32 figures, 85 tables

Rudiger Dornbusch is the Ford International Professor of Economics at the Massachusetts Institute of Technology. Sebastian Edwards is the Henry Ford II Professor of Business Economics, University of California at Los Angeles. Both are research associates of the National Bureau of Economic Research.