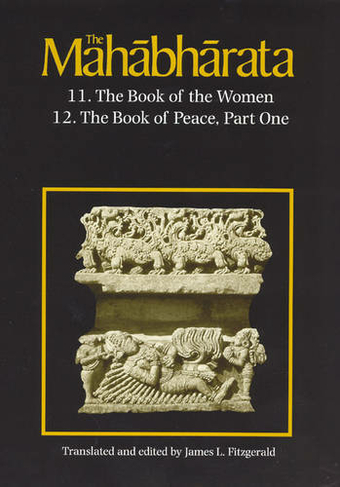 What is found in this epic may be elsewhere; What is not in this epic is nowhere else. --from The Mahabharata The second longest poem in world literature, The Mahabharata is an epic tale, replete with legends, romances, theology, and metaphysical doctrine written in Sanskrit. One of the foundational elements in Hindu culture, this great work consists of nearly 75,000 stanzas in eighteen books, and this volume marks the much anticipated resumption of its first complete modern English translation. With the first three volumes, the late J. A. B. van Buitenen had taken his translation up to the threshold of the great war that is central to the epic. Now James Fitzgerald resumes this work with translations of the books that chronicle the wars aftermath: The Book of Women and part one of The Book of Peace. These books constitute volume 7 of the projected ten-volume edition. Volumes 4, 5, 6, 8, 9, and 10 of the series will be published over the next several years. In his introductions to these books, Fitzgerald examines the rhetoric of The Mahabharatas representations of the wars aftermath. Indeed, the theme of The Book of Women is the grief of the women left by warriors slain in battle. The book details the keening of palace ladies as they see their dead husbands and sons, and it culminates in a mass cremation where the womens tears turn into soothing libations that help wash the deaths away. Fitzgerald shows that the portrayal of the womens grief is much more than a sympathetic portrait of the sufferings of war. The scenes of mourning in The Book of Women lead into a crisis of conscience that is central to The Book of Peace and, Fitzgerald argues, the entire Mahabharata. In this book, the man who has won power in the great war is torn between his own sense of guilt and remorse and the obligation to rule which ultimately he is persuaded to embrace. The Mahabharata is a powerful work that has inspired awe and wonder for centuries. With a penetrating glimpse into the trauma of war, this volume offers two of its most timely and unforgettable chapters. 1 halftone, 1 map, 4 charts, 7 tables

James L. Fitzgerald is a professor of religion at the University of Tennessee. Volumes 4-6 and 8-10 of The Mahabharata will appear in the coming years under his general editorship.