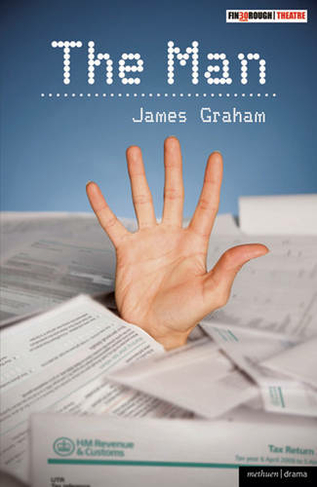 "This is my first tax return. Thank you...erm for offering to...for helping. I realise it's a bit weird. It's just. This is...it's the only way I can think to make it better. The only way I can think to do it. With other people. Like this." Tax is really, really taxing for Ben Edwards. Self-employed. And afraid...And now he must face his dreaded self assessment form, with every receipt evoking the good times and the bad - memories of things gone wrong, gone right, the journeys he's been on, the relationships that have begun and ended and the people he has lost. As Ben begins to stitch together the patchwork quilt that was the Tax Year 2009/2010, he relives a year that was both hilarious and tragic, all mixed up in one shoe box of receipts. Award-winning playwright James Graham presents an affectionate and funny portrait of one man's year-long experience, pieced together from receipts, shopping and commercial transactions. With a web of narratives, the play's structure is innovative and flexible. In performance, each receipt triggers a unique story and the actor plucks the receipts from the audience's hands at random. ports.

James Graham won the Catherine Johnson Award for the Best Play 2007 for Eden's Empire. His previous plays include Albert's Boy (recipient of a Pearson Playwriting Bursary) Little Madam (Finborough), Tory Boyz (Soho Theatre) and The Whisky Taster (Bush Theatre). He is writer-in-residence at the Finborough Theatre.