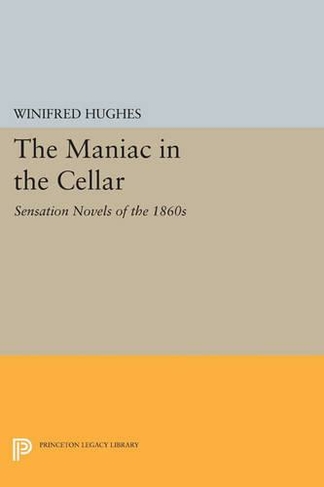 The Maniac in the Cellar: Sensation Novels of the 1860s (Princeton Legacy Library)

Once a controversial genre of Victorian fiction that produced the major best sellers of its century, the now-forgotten sensation novel was a publishing phenomenon in its time. In a vivid portrait of this subversive and discomfiting popular literature, Winifred Hughes identifies its ingredients, its practitioners, and its implications, and reveals its significance both for the mid-Victorian consciousness and for the writers and readers of today. Originally published in 1981. The Princeton Legacy Library uses the latest print-on-demand technology to again make available previously out-of-print books from the distinguished backlist of Princeton University Press. These editions preserve the original texts of these important books while presenting them in durable paperback and hardcover editions. The goal of the Princeton Legacy Library is to vastly increase access to the rich scholarly heritage found in the thousands of books published by Princeton University Press since its founding in 1905.