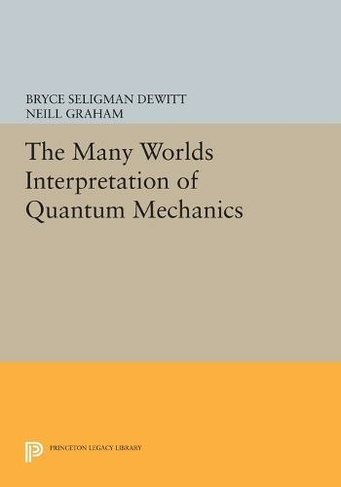 The Many Worlds Interpretation of Quantum Mechanics: (Princeton Series in Physics)

A novel interpretation of quantum mechanics, first proposed in brief form by Hugh Everett in 1957, forms the nucleus around which this book has developed. In his interpretation, Dr. Everett denies the existence of a separate classical realm and asserts the propriety of considering a state vector for the whole universe. Because this state vector never collapses, reality as a whole is rigorously deterministic. This reality, which is described jointly by the dynamical variables and the state vector, is not the reality customarily perceived; rather, it is a reality composed of many worlds. By virtue of the temporal development of the dynamical variables, the state vector decomposes naturally into orthogonal vectors, reflecting a continual splitting of the universe into a multitude of mutually unobservable but equally real worlds, in each of which every good measurement has yielded a definite result, and in most of which the familiar statistical quantum laws hold. The volume contains Dr. Everett's short paper from 1957, "'Relative State' Formulation of Quantum Mechanics," and a far longer exposition of his interpretation, entitled "The Theory of the Universal Wave Function," never before published. In addition, other papers by Wheeler, DeWitt, Graham, and Cooper and Van Vechten provide further discussion of the same theme. Together, they constitute virtually the entire world output of scholarly commentary on the Everett interpretation. Originally published in 1973. The Princeton Legacy Library uses the latest print-on-demand technology to again make available previously out-of-print books from the distinguished backlist of Princeton University Press. These editions preserve the original texts of these important books while presenting them in durable paperback and hardcover editions. The goal of the Princeton Legacy Library is to vastly increase access to the rich scholarly heritage found in the thousands of books published by Princeton University Press since its founding in 1905.