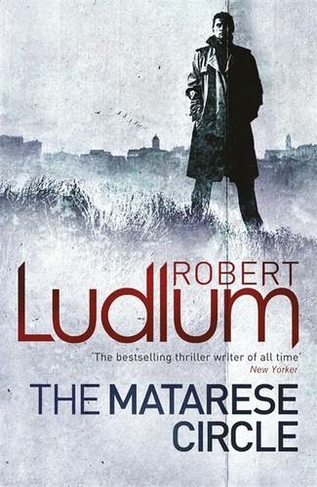 The Matarese killers will take over the world within two years...The No. 1 bestseller from 'the world's most read writer' GQ The Matarese Circle are the Corsican Brotherhood. Terrifying killers, their power could plunge the world into chaos and destruction within two years. Only two rival spies - and one mysterious woman - can stop them. Brandon Scofield, CIA, and the West's most professional assassin, and Vasili Taleniekov, former KGB, now wanted by the Politburo. They share a genius for espionage - and a life of terror and explosive violence. Sworn enemies, Scofield and Taleniekov have vowed to terminate each other, but now they must become allies. Because only they possess the brutal skills and ice-cold nerves necessary to destroy an international circle of killers: the Matarese...

Robert Ludlum is one of the world's bestselling authors and there are more than 300 million copies of his books in print. He is published in 32 languages and 50 countries. As well as blending sophisticated plotting and extreme pace, Robert Ludlum's novels are meticulously researched. In addition to the popular titles in the Covert-One series, Robert Ludlum's best-known books include THE SCARLATTI INHERITANCE, THE CHANCELLOR MANUSCRIPT and the Jason Bourne series.