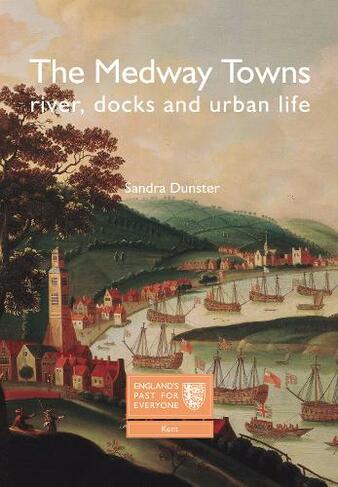 In 1550 Rochester was the only Medway town. It dominated the river estuary and an agricultural hinterland in which Strood, Chatham and Gillingham were nearby villages, reliant on fishing and farming for their livelihood. By the beginning of the twentieth century these four towns had become an urban conurbation. The key factor in this dramatic change was the growth of the Royal Naval Dockyards at Chatham, home to the English fleet from the mid-sixteenth to the mid-eighteenth century and subsequently the foremost shipbuilding and repair docks in England. The yards at Chatham soon became the largest industrial complex in the south of England. Over the course of the next 350 years, Rochester, Chatham, Gillingham and Strood grew. They merged physically but developed distinct characteristics. Chatham became the dockyard town whilst Rochester retained a more genteel air. Gillingham gained a military presence and covered agricultural land with terraced housing. Strood, on the opposite bank of the river, abandoned fishing and farming for brick and cement manufacture and engineering. This book explores the impact of these changes on the people who lived and worked in the Medway Towns, the transformation of the political and economic scene and of the built environment. 140 Illustrations, color