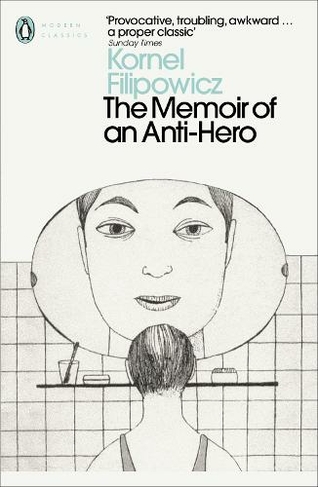 The Memoir of an Anti-Hero: (Penguin Modern Classics)

By Kornel Filipowicz (Author)
Paperback
£6.55 rrp £7.99 Save £1.44 (18%)
GBP
Availability
In Stock
Free Delivery Available When You Spend £15 Or More
Details
Spend £15 On Products To Receive Free Standard Delivery To Your Home Or Free Next Day Click and Collect To Stores
Share

The Second World War. Poland. Our narrator has no intention of being a hero. He plans to survive this war, whatever it takes. Meticulously he recounts his experiences: the slow unravelling of national events as well as uncomfortable personal encounters on the street, in the cafe, at the office, in his love affairs. He is intimate but reserved; conversational but careful; reflective but determined. As he becomes increasingly and chillingly alienated from other people, the reader is drawn into complicit acquiescence. We are forced to consider what it means to be heroic and how we ourselves would behave in the same circumstances. Written in 1961, this is the masterpiece of one of the great Polish writers of the twentieth century.

Kornel Filipowicz (1913-1990) was a Polish novelist, poet and screenwriter. He studied biology in Krakow and lived in that city for most of his life. His first book of poetry, an edition of ten copies, came out in 1943, and established him as a leading figure in the Polish avant-garde. During the war he was arrested and imprisoned in the Gross-Rosen and Sachsenhausen concentration camps. In later years he became a close friend of the poet and Nobel Laureate Wislawa Szymborska, with whom he exchanged thousands of letters. The first of these he sent in April 1966, enclosing photographs of monkeys from Krakow Zoo.Anna Zaranko is a translator from the Polish, Russian and French. She lives in Jesmond Vale.