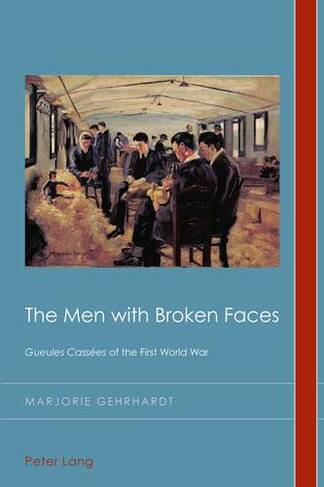 Facially wounded servicemen were perhaps the ultimate victims of the First World War. They became walking reminders of the conflict and their experiences reveal the impact of the war not only on the combatants but also on European societies at large. This book explores for the first time the individual and collective significance of facially disfigured First World War combatants in France, Germany and Great Britain. The analysis undertaken in this book uncovers how the wounded perceived and presented themselves and how they were perceived and represented by others. Artistic and literary representations are considered, along with initiatives carried out by hospitals, the government and the combatants' fellow countrymen. With an interdisciplinary and comparative approach, this study illuminates our understanding of how the combatant and the onlooker made sense of the experience and the memory of the war.

Marjorie Gehrhardt is Lecturer in French Studies in the Department of Modern Languages and European Studies at the University of Reading. She completed her PhD in French Studies at the University of Exeter in 2014 and subsequently worked as a researcher on the EU-funded project 1914FACES2014. Her research focuses on war and its representations in twentieth-century Western Europe, with a particular interest in the reintegration of veterans and the role of charities in wartime.