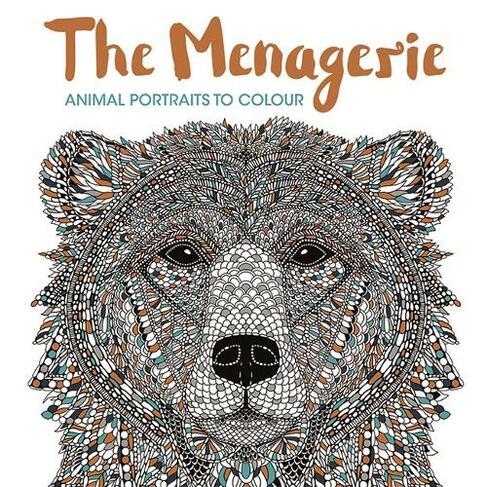 The Menagerie: Animal Portraits to Colour

'This beautiful collection of animal portraits is one of the most intricate colouring books on the market.' - Isabelle Broom, Heat magazine The Menagerie is filled with beautiful animal heads to colour and complete. Each wonderfully detailed piece is a work of art to be treasured by keen colourers and animal lovers alike. The book features bespoke artwork from Richard Merritt, one of the talented illustrators of the bestselling Art Therapy series.

Richard Merritt (Author) Born and bred in North London, Richard Merritt has been an illustrator for 15 years after graduating from Central Saint Martin's college of Art and Kingston University.Richard has worked with many book and editorial publishing houses, design groups, advertising agencies and more, on lots of varied projects, from children's books and packaging to magazines and costume illustration for film. His intricately detailed illustrations have become a staple of the best-selling Art Therapy and Menagerie series, and has led to television appearances.Claire Scully (Author) London based illustrator Claire Scully specialises in graphic illustration with a focus on detailed line work as well as an interesting mix of digital collage. While the overlooked objects of daily life inspire a great deal of Scully's work, she is also very talented at creating intricately detailed animals with sensational zentangles. Claire has collaborated with Adidas, Nokia, Random House, The New York Times and many more.