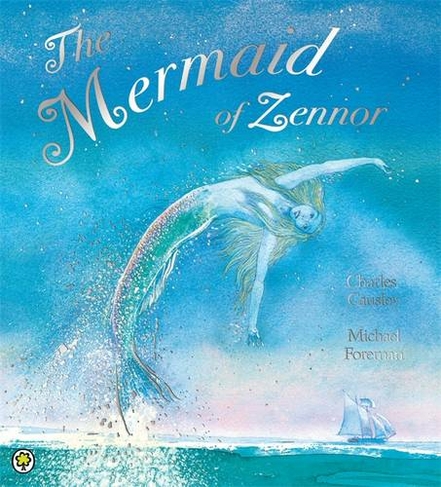 The Mermaid of Zennor

A magical mermaid picture book, based on a classic Cornish story. On the rugged Cornish coast, where the land meets the sea, lies the village of Zennor. Here, there are stories and whispers of a villager capturing the heart of a mysterious and beautiful stranger from the sea ... a mermaid! From a landscape rich with myth and magic comes this classic folk tale. With beautiful watercolour illustrations from award-winning artist Michael Foreman. 'A simple, magical story which enters your heart and stays there.' Books For Keeps

Charles Causley was born in Cornwall, and apart from six years spent in the Royal Navy during the Second World War, lived there all his life. He was one of Britain's foremost poets, writing for both adults and children. He was awarded the Queen's Gold Medal for Poetry in 1967 and appointed CBE in 1986. In 1987 he won the Kurt Maschler Award for Jack the Treacle Eater and in 1990 the Ingersoll/T.S. Eliot Award of America. Charles Causley died in 2003.Michael Foreman was born in the fishing village of Pakefield in Suffolk. At age 15 he went to study at the Lowestoft School of Art, later moving to the Royal College of Art where he won a scholarship to the US. Michael has illustrated well over 100 books for children, including work by Roald Dahl, Michael Morpurgo and Angela Carter. He has won the Kate Greenaway Medal, the Smarties Book Prize, the Kurt Maschler Award and the Children's Book Award. Michael lives in London and regularly visits St. Ives, Cornwall.