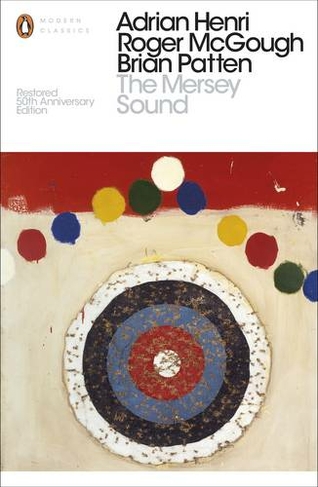 'I wanted your soft verges But you gave me the hard shoulder' The Mersey Sound brought poetry down from the shelf and on to the street, capturing the mood of the Sixties and speaking to real lives with its irreverent, wry, freewheeling verses of young love, petrol-pump attendants, CND leaflets and bus journey capers. Bringing together the hugely influential work of Adrian Henri, Roger McGough and Brian Patten - the 'Liverpool Poets' - this perennially beloved volume is the bestselling poetry anthology of all time. Now, for its fiftieth anniversary, this edition restores the original text of the book as it first appeared in 1967: energetic, raw and a true record of its era.

Roger McGough (Author) Roger McGough was a member of the group Scaffold in the 1960s when he contributed poems to the Penguin title The Mersey Sound, which has since sold over a million copies and is now available as a Penguin Classic. He has published many books of poems for children and adults, and both his Collected Poems (2004) and Selected Poems (2006) are also available in Penguin. He presents Poetry Please on Radio 4 and is President of the Poetry Society. He was honoured with the Freedom of the City of Liverpool in 2001 and with a CBE in 2005 for services to literature.Brian Patten (Author) Brian Patten was born in Liverpool. His poetry for adults has been translated into many languages, and his collections include Collected Love Poems, Armada, and, from Penguin,Selected Poems. His verse for children includes Gargling with Jelly, Juggling with Gerbils, and Thawing Frozen Frogs. Brian Patten is a popular performer of his work, and he has also written children's plays as well as editing The Puffin Book of Modern Children's Verse and The Puffin Book of Utterly Brilliant Poetry.