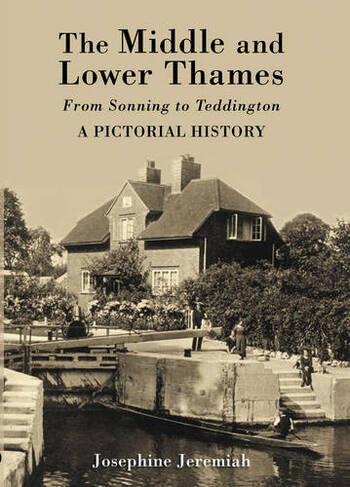 The Middle & Lower Thames From Sonning to Teddington

Rising in the Gloucestershire Cotswolds, the River Thames flows in a generally easterly direction for 215 miles to the sea. It passes Cricklade, Lechlade and Eynsham before reaching Oxford, after which it flows on past Abingdon, Wallingford and Reading. From Sonning, the Thames goes past Henley-on-Thames, renowned for its regatta, to Marlow and then Cookham. Running through spectacular wooded scenery at Cliveden, it passes Maidenhead and flows on to Windsor, celebrated for its castle, and Eton, noted for its college. The river continues past Runnymede, where Magna Carta was signed, and Staines, where the London Stone marked the ancient boundary of London's jurisdiction on the Thames. Flowing past Shepperton and Sunbury, it reaches Hampton Court Palace and then Kingston upon Thames before arriving at Teddington Lock. Downriver of Teddington, the Thames becomes tidal. The upper part of the Thames was the focus of an historical journey in the author's previous book, The Upper and Middle Thames from Source to Reading (2007). This second volume, featuring the middle and lower reaches of the non-tidal Thames, is a continuation of the journey downriver. In this latest Thames portrait, the evocative collection of 18th-century aquatints, 19th-century engravings and early 20th-century postcards will delight river enthusiasts and riverbank residents alike. Locks, ferries, bridges, inns and boats as well as village and town scenes are depicted, along with images of people enjoying themselves just 'messing about on the river'.

Josephine Jeremiah is the author of The Bristol Avon, The River Nene, and The River Severn.