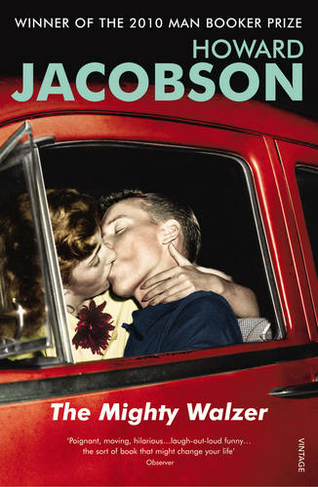 From the beginning Oliver Walzer is a natural - at ping-pong. Even with his improvised bat (the Collins Classic edition of Dr Jekyll and Mr Hyde) he can chop, flick, half-volley like a champion. At sex he is not so adept, but with tuition from Sheeny Waxman, fellow member of the Akiva Social Club Table Tennis Team and stalwart of the Kardomah coffee bar, his game improves. Winner of the 2010 Man Booker Prize.

Howard Jacobson has written sixteen novels and five works of non-fiction. He won the Bollinger Everyman Wodehouse Award in 2000 for The Mighty Walzer and then again in 2013 for Zoo Time. In 2010 he won the Man Booker Prize for The Finkler Question; he was also shortlisted for the prize in 2014 for J.