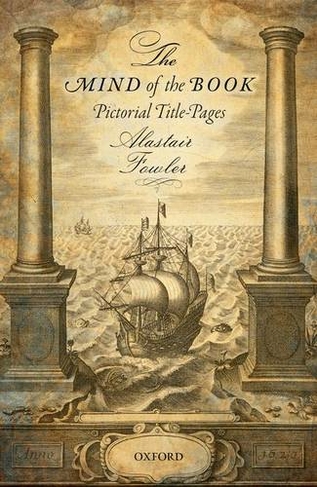 The Mind of the Book Pictorial Title-Pages

Alastair Fowler presents a fascinating study of title-pages printed in England from the early modern period to the nineteenth century. He examines pictorial title-pages in the context of the History of the Book for the first time. The first part of The Mind of the Book explores the forerunner of the frontispiece in late antiquity; the use of frames and borders in title-pages; portraits; printers' devices; emblematic title-pages of the sixteenth and seventeenth centuries, especially attending to explanatory verses and arcane features such as chronograms; title-pages as 'memory prompts'; and eighteenth and nineteenth-century title-pages, tracing 'the rejection of emblematic and symbolic features and the introduction of unadorned, unpictorial, title-pages'. The second part of the book presents illustrations of sixteen significant title-pages with commentaries, ranging from Chaucer's Works in 1532 through Bacon's Instauratio Magna in 1620, Dicken's The Mystery of Edwin Drood in 1870, and arriving back at Chaucer with Edward Burnes-Jones's illustrated title-page for the Works of 1896. Numerous black and white illustrations

Alastair Fowler is Regius Professor Emeritus of Edinburgh University, and was previously Professor of English at the University of Virginia. For many years he divided his time between the United States and Britain, where he now lives. His publications include an annotated edition of Paradise Lost (1968); Kinds of Literature (1982); Renaissance Realism (2003); and Literary Names (2012).