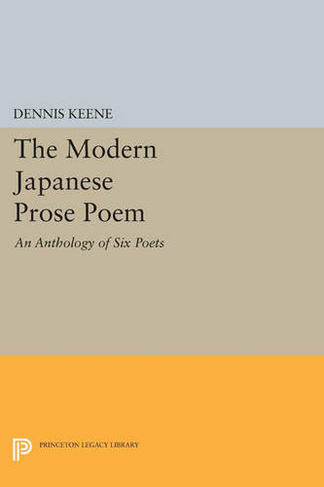 Though the prose poem came into existence as a principally French literary genre in the nineteenth century, it occupies a place of considerable importance in twentieth-century Japanese poetry. This selection of poems is the first anthology of this genre and, in effect, the first appearance of this kind of poetry in English. Originally published in 1980. The Princeton Legacy Library uses the latest print-on-demand technology to again make available previously out-of-print books from the distinguished backlist of Princeton University Press. These editions preserve the original texts of these important books while presenting them in durable paperback and hardcover editions. The goal of the Princeton Legacy Library is to vastly increase access to the rich scholarly heritage found in the thousands of books published by Princeton University Press since its founding in 1905.