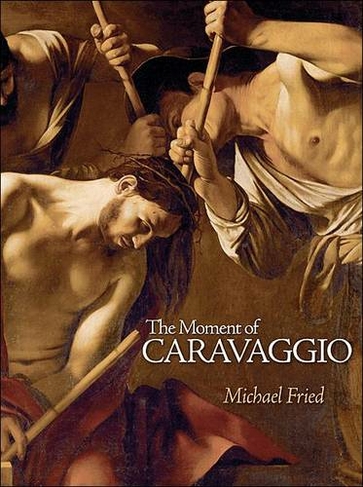 The Moment of Caravaggio: (National Gallery of Art, Washington, DC)

This is a groundbreaking examination of one of the most important artists in the Western tradition by one of the leading art historians and critics of the past half-century. In his first extended consideration of the Italian Baroque painter Michelangelo Merisi da Caravaggio (1573-1610), Michael Fried offers a transformative account of the artist's revolutionary achievement. Based on the A. W. Mellon Lectures in the Fine Arts delivered at the National Gallery of Art, The Moment of Caravaggio displays Fried's unique combination of interpretive brilliance, historical seriousness, and theoretical sophistication, providing sustained and unexpected readings of a wide range of major works, from the early Boy Bitten by a Lizard to the late Martyrdom of Saint Ursula. And with close to 200 color images, The Moment of Caravaggio is as richly illustrated as it is closely argued. The result is an electrifying new perspective on a crucial episode in the history of European painting. Focusing on the emergence of the full-blown "gallery picture" in Rome during the last decade of the sixteenth century and the first decades of the seventeenth, Fried draws forth an expansive argument, one that leads to a radically revisionist account of Caravaggio's relation to the self-portrait; of the role of extreme violence in his art, as epitomized by scenes of decapitation; and of the deep structure of his epoch-defining realism. Fried also gives considerable attention to the art of Caravaggio's great rival, Annibale Carracci, as well as to the work of Caravaggio's followers, including Orazio and Artemisia Gentileschi, Bartolomeo Manfredi, and Valentin de Boulogne. 194 color + 9 b/w illus.

Michael Fried is the J. R. Herbert Boone Professor of Humanities and the History of Art at Johns Hopkins University. He is the author of many books, including "Absorption and Theatricality, Courbet's Realism, Manet's Modernism, Menzel's Realism," and "Why Photography Matters as Art as Never Before". He has also written several books of poems, most recently "The Next Bend in the Road". In 2004, he received a Distinguished Achievement Award from the Andrew W. Mellon Foundation.