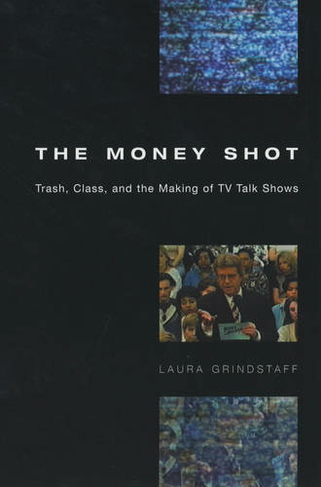 The Money Shot Trash, Class and the Making of TV Talk Shows

He leaped from his chair, ripped off his microphone, and lunged at his ex-wife. Security guards rushed to intercept him. The audience screamed, then cheered. Were producers concerned? Not at all. They were getting what they wanted: the money shot. From "classy" shows like Oprah to "trashy" shows like Jerry Springer, the key to a talk show's success is what Laura Grindstaff calls the money shot - moments when guests lose control and express joy, sorrow, rage or remorse on camera. In this new work, Grindstaff takes us behind the scenes of daytime television talk shows, a genre focused on "real" stories told by "ordinary" people. Drawing on extensive interviews with producers and guests, her own attendance at dozens of live tapings around the country, and more than a year's experience working on two nationally televized shows, Grindstaff shows us how producers elicit dramatic performances from guests, why guests agree to participate and the supporting roles played by studio audiences and experts. Grindstaff traces the career of the money shot, examining how producers make stars and experts out of ordinary people, in the process reproducing old forms of cultural hierarchy and class inequality even while seeming to challenge them. She argues that the daytime talk show does give voice to people normally excluded from the media spotlight, but it lets them speak only in certain ways and under certain rules and conditions. Working to understand the genre from the inside rather than pass judgement from the outside, Grindstaff asks not just what talk shows can tell us about mass media, but also what they reveal about American culture more generally. 8 halftones, 4 line drawings

Laura Grindstaff is an assistant professor of sociology at the University of California, Davis.