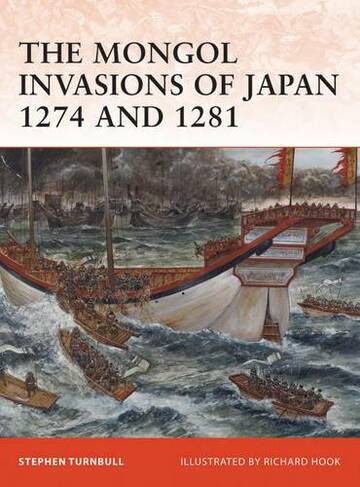 From his seat in Xanadu, the great Mongol Emperor of China, Kubla Khan, had long plotted an invasion of Japan. However, it was only with the acquisition of Korea, that the Khan gained the maritime resources necessary for such a major amphibious operation. Written by eastern warfare expert Stephen Turnbull, this book tells the dramatic story of the two Mongol invasions of Japan that pitted the masters of the steppes against the noble Samurai. Using detailed maps, illustrations, and newly commissioned artwork, Turnbull charts the history of these great campaigns, which included numerous bloody raids on the Japanese islands, and ended with the famous kami kaze, the divine wind, that destroyed the Mongol fleet and would live in the Japanese consciousness and shape their military thinking for centuries to come. ill

Stephen Turnbull took his first degree at Cambridge University, and received a PhD from Leeds University for his work on Japanese religious history. He has traveled extensively in Europe and the Far East and also runs a well-used picture library. His work has been recognized by the awarding of the Canon Prize of the British Association for Japanese Studies and a Japan Festival Literary Award. He currently divides his time between lecturing in Japanese Religion at the University of Leeds and writing.