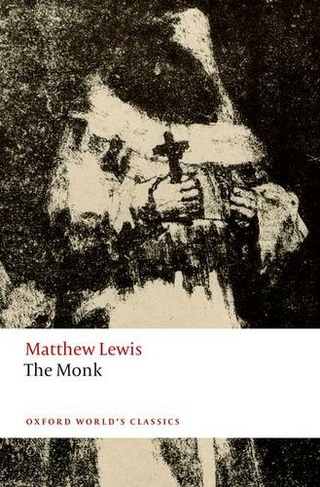 'He was deaf to the murmurs of conscience, and resolved to satisfy his desires at any price.' The Monk (1796) is a sensational story of temptation and depravity, a masterpiece of Gothic fiction and the first horror novel in English literature. The respected monk Ambrosio, the Abbot of a Capuchin monastery in Madrid, is overwhelmed with desire for a young girl; once having abandoned his monastic vows he begins a terrible descent into immorality and violence. His appalling fall from grace embraces blasphemy, black magic, torture, rape, and murder, and places his very soul in jeopardy. Lewis's extraordinary tale drew on folklore, legendary ghost stories, and contemporary dread inspired by the terrors of the French Revolution. Its excesses shocked the reading public and it was condemned as obscene. The novel continues to beguile and shock readers today with its gruesome catalogue of iniquities, while at the same time giving a profound insight into the deep anxieties experienced by British citizens during one of the most turbulent periods in the nation's history. ABOUT THE SERIES: For over 100 years Oxford World's Classics has made available the widest range of literature from around the globe. Each affordable volume reflects Oxford's commitment to scholarship, providing the most accurate text plus a wealth of other valuable features, including expert introductions by leading authorities, helpful notes to clarify the text, up-to-date bibliographies for further study, and much more.

Nick Groom publishes widely for both academic and popular readerships and his recent books include The Forger's Shadow (2002), The Union Jack (2006), The Gothic: A Very Short Introduction (2012), and an edition of Horace Walpole's The Castle of Otranto for Oxford World's Classics (2014). His book The Seasons: An Elegy for the Passing Year (2013) was shortlisted for the Katharine Briggs Folklore Award and nominated for BBCCountryfile Book of the Year.