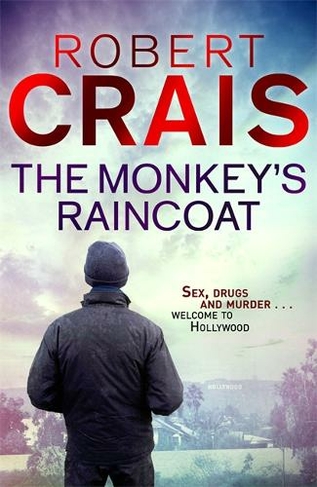 A fantastic Joe Pike and Elvis Cole novel from the bestselling author of L A REQUIEM When quiet Ellen Lang enters Elvis Cole's Disney-deco office, she's lost something very valuable - her husband and young son. The case seems simple enough, but Elvis isn't thrilled. Neither is his enigmatic partner and firepower Joe Pike. Their search down the seamy side of Hollywood's studio lots and sculptured lawns soon leads them deep into a nasty netherworld of drugs and sex - and murder. Now the case is getting interesting, but it's also turned ugly. Because everybody, from cops to starlets to crooks, has declared war on Ellen and Elvis.

Robert Crais is the author of the bestselling Cole & Pike novels. A native of Louisiana, Crais moved to Hollywood in the late 70s where he began a successful career in television, writing scripts for such major series as CAGNEY & LACEY, MIAMI VICE and HILL STREET BLUES. In the mid 80s, following his success with the TV buddy genre, Crais created a series of crime novels based around the characters Cole & Pike. In addition, Crais has also written several bestselling standalone thrillers. In 2014 he became a Grand Master of the Mystery Writers of America. Robert Crais lives in Los Angeles with his wife and family. Find out more at www.robertcrais.com.