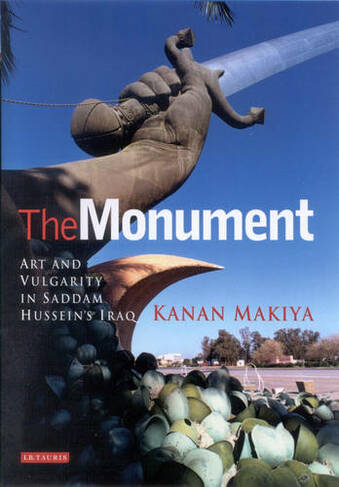 The Monument: Art and Vulgarity in Saddam Hussein's Iraq

In Baghdad, an enormous monument nearly twice the size of the Arc de Triomphe towers over the city. Two huge forearms emerge from the ground, clutching two swords that clash overhead. Those arms are enlarged casts of those of Saddam Hussein, showing every bump and follicle. The "Victory Arch" celebrates a victory over Iran (in their eight-year-long war) that never happened. This text is a study of the interplay between art and politics - of how culture, normally an unquestioned good, can play into the hands of a power with devastating effects. Kanan Makiya uses the culture invented by Saddam Hussein as a window into the nature of totalitarianism and shows how art can become the weapon of dictatorship. Under Saddam Hussein, culture connived in his evil - this text explains how. It should be useful reading for anyone concerned with the power of culture and the culture of power. illustrations

Kanan Makiya is one of Iraq's leading dissidents. He is the author of the highly acclaimed 'Republic of Fear,' ' Cruelty and Silence' and 'The Rock.' He directs the Iraq Research and Documentation Project at Harvard University, and is a Professor at Brandeis.