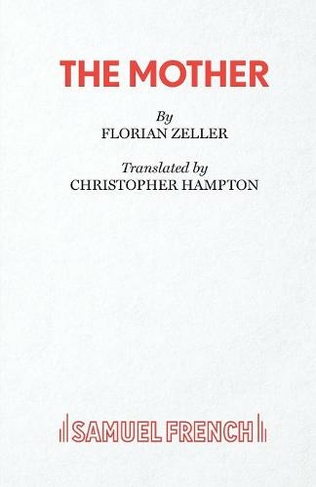 By Christopher Hampton (Contributor), Florian Zeller (Author)
Paperback
https://www.whsmith.co.uk/products/the-mother/christopher-hampton/florian-zeller/paperback/9780573115547-12-000.html N/A
GBP
Availability
Currently Out of Stock. We will fulfil your order when we have secured more stock
Free Saver Delivery on orders over £25
Details
FREE SHIPPING over £25 for Saver Delivery
Share

Anne loved the time in her life when she prepared breakfast each morning for her two young children. Years later, spending hours alone, Anne convinces herself that her husband is having an affair. If only her son were to break-up with his girlfriend. He would return home and come down for breakfast. She would put on her new red dress and they would go out. The Mother premiered at the Ustinov Studio, Theatre Royal, Bath and transferred to the Tricycle Theatre, London. It was awarded the Moliere Award 2011 for Best Play and Best Actress.

The Mother
The Mother
Christopher Hampton
Paperback
Currently Out of Stock. We will fulfil your order when we have secured more stock
https://www.whsmith.co.uk/products/the-mother/christopher-hampton/florian-zeller/paperback/9780573115547.html N/A
GBP