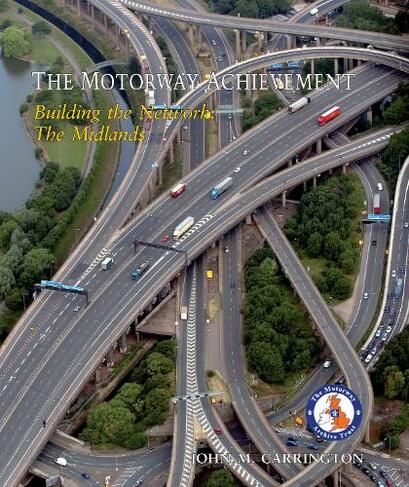 The Motorway Achievement The Midlands

Minerals prompted emergence of the great cities and towns of the Midlands in their close proximity. Those original staple industries having worked out their time, new industry sustains the millions for whom the Midlands are home and workplace. Their consumption constitutes a huge market to be served by transportation near and far. Strategically placed in the centre of British Isles, the Midlands is the most important from the point of view of motorway communications. The major arteries which are the M1,M5 and M6 all pass through the region. Together with the M40 and M42, they form the nucleus of the country's motorway network. Today all are carrying double their design capacity. Without them the country could not function. Specifically entitled `Building the Network', the book describes the planning,design and construction of all sections of motorway in the Midlands.From the densely populated areas of Birmingham and the West Midlands conurbation to the beautiful rural countryside of Herefordshire and Shropshire presented the engineers with a huge variety of challenges. The book is enfused with a quality of direct experience on the ground and is essentially a modesly told record of success. It has been entirely written by colleagues who, at younger ages were engaged in the tasks in the field.