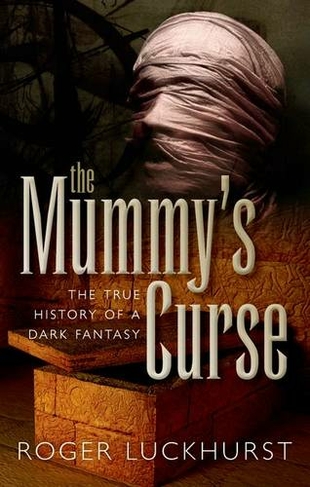 The Mummy's Curse The true history of a dark fantasy

Also available on eBook for £11.51. Click here to purchase from Rakuten Kobo

In the winter of 1922-23 archaeologist Howard Carter and his wealthy patron George Herbert, the Fifth Earl of Carnarvon, sensationally opened the tomb of Tutenkhamen. Six weeks later Herbert, the sponsor of the expedition, died in Egypt. The popular press went wild with rumours of a curse on those who disturbed the Pharaoh's rest and for years followed every twist and turn of the fate of the men who had been involved in the historic discovery. Long dismissed by Egyptologists, the mummy's curse remains a part of popular supernatural belief. Roger Luckhurst explores why the myth has captured the British imagination across the centuries, and how it has impacted on popular culture. Tutankhamen was not the first curse story to emerge in British popular culture. This book uncovers the 'true' stories of two extraordinary Victorian gentlemen widely believed at the time to have been cursed by the artefacts they brought home from Egypt in the nineteenth century. These are weird and wonderful stories that weave together a cast of famous writers, painters, feted soldiers, lowly smugglers, respected men of science, disreputable society dames, and spooky spiritualists. Focusing on tales of the curse myth, Roger Luckhurst leads us through Victorian museums, international exhibitions, private collections, the battlefields of Egypt and Sudan, and the writings of figures like Arthur Conan Doyle, Rider Haggard and Algernon Blackwood. Written in an open and accessible style, this volume is the product of over ten years research in London's most curious archives. It explores how we became fascinated with Egypt and how this fascination was fuelled by myth, mystery, and rumour. Moreover, it provides a new and startling path through the cultural history of Victorian England and its colonial possessions. 23 black-and-white halftones

Roger Luckhurst has written and broadcast widely on popular culture, specialising in science fiction and the Gothic. He is interested in the odd spaces between science and popular supernatural beliefs. He has previously written a history of how the notion of 'telepathy' emerged in the late Victorian period, and has published editions of Jekyll and Hyde and Dracula. He is also a regular radio reviewer of terrible science fiction films. He teaches horror and theoccasional respectable novel by Henry James at Birkbeck College, University of London.