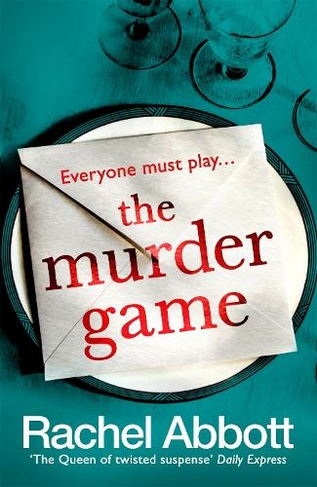 A BRAND NEW STEPHANIE KING NOVEL, FROM THE +3 MILLION COPY-BESTSELLING QUEEN OF PSYCHOLOGICAL THRILLERS A year ago today, we all gathered for Lucas's wedding at his glorious Cornish home overlooking the sea. But no one was married that day. Now Lucas has invited us back to celebrate the anniversary. But the anniversary of what? The wedding that never happened, or the tragedy that occurred just hours before the ceremony was due to begin? He's told us that tonight he has planned a game. We have our costumes, we have our parts, and everyone must play. The game, he tells us, is about to begin. What does Lucas want from us? What are we not being told? And what's going to happen when this terrible game is over? Praise for AND SO IT BEGINS (Stephanie King Book 1): 'The twists came so quickly I almost got whiplash' Jenny Blackhurst, author of The Night She Died 'What a storyteller Rachel Abbott is... I was hooked from the start' Cara Hunter, author of Close to Home 'The twists just don't stop' Heat 'Dark and extremely readable' The Times

Rachel Abbott began her career as an independent author in 2011, with Only the Innocent, which became a No.1 bestseller on Kindle, topping the chart for four weeks. Since then, she has published five further psychological thrillers, plus a novella, and sold over 2.75 million copies. She is one of the top-selling authors of all time in the UK Kindle store (published and self-published), and her novels have been translated into 21 languages.