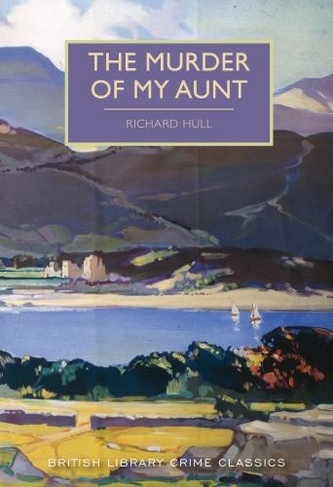 The Murder of My Aunt 54

By Richard Hull (Author)
Paperback
https://www.whsmith.co.uk/products/the-murder-of-my-aunt-54/richard-hull/paperback/9780712352802-12-000.html £7.37 rrp £8.99 Save £1.62 (18%)
GBP
Availability
In Stock
Free Delivery Available When You Spend £25 Or More
Details
Spend £25 On Products To Receive Free Standard Delivery To Your Home Or Free Next Working Day Click And Collect To Store
Share

'I should be very much happier if she were dead.' Edward Powell lives with his Aunt Mildred in the Welsh town of Lywll. His aunt thinks Lywll an idyllic place to live, but Edward loathes the countryside - and thinks the company even worse. In face, Edward has decided to murder his aunt. A darkly humorous depiction of fraught family ties, The Murder of My Aunt was first published in 1934.

Richard Hull (1896-1973) was a chartered accountant who later became a notable writer of detective novels. This is the first of Hull's titles to be published in the British Library Crime Classics series.