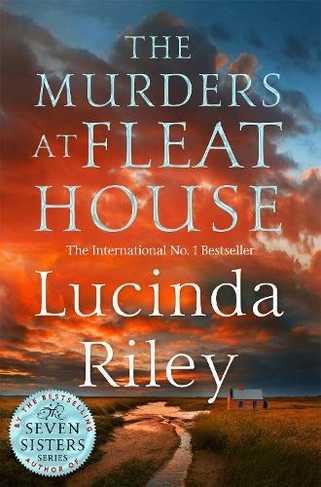 The Murders at Fleat House: The new novel from the author of the million-copy bestselling The Seven Sisters series

Detective Inspector Jazmine 'Jazz' Hunter stepped away from the force in London but reluctantly fronts this investigation as a favour to her old boss. Events take a troubling turn in this twisty tale as more pupils go missing and as snow falls and more secrets unveil, Jazz confronts some demons of her own.

A grim discovery at the boarding school makes this the most challenging murder investigation of her career. Fleat House hides secrets darker than Jazz could ever have imagined.

Full of red herrings and shocking plots of revenge, The Murders at Fleat House is an absorbing and suspenseful standalone novel from the beloved author of the bestselling The Seven Sisters series.

Lucinda Riley was born in Ireland and, after an early career as an actress in film, theatre and television, wrote her first book aged twenty-four. Her books have been translated into thirty-seven languages and sold thirty million copies worldwide. She was a Sunday Times and New York Times number one bestseller.Lucinda's The Seven Sisters series, which tells the story of adopted sisters and is inspired by the mythology of the famous star cluster, has become a global phenomenon. The series is a number one bestseller across the world and is currently in development with a major TV production company.Though she brought up her four children mostly in Norfolk in England, in 2015 Lucinda fulfilled her dream of buying a remote farmhouse in West Cork, Ireland, which she always felt was her spiritual home, and indeed this was where her last five books were written. Lucinda was diagnosed with cancer in 2017 and died in June 2021.