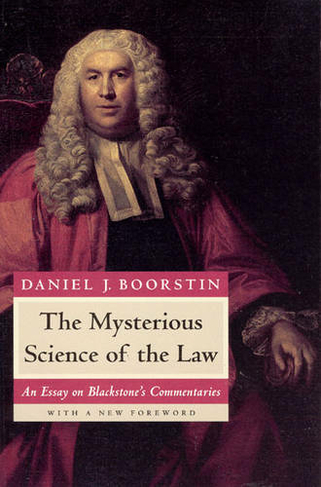 The Mysterious Science of the Law An Essay on Blackstone's Commentaries 2nd ed.

Referred to as the "bible of American lawyers," Blackstone's "Commentaries" on the Laws of England shaped the principles of law in both England and America when its first volume appeared in 1765. For the next century that law remained what Blackstone made of it. Daniel J. Boorstin examines why "Commentaries" became the knowledge that any lawyer needed to acquire. Set against the intellectual values of the 18th century and the notions of reason, nature, and the sublime, "Commentaries" is fitted into its social setting. Boorstin has provided an intellectual history of the time, illustrating the elegance, social values and internal contradictions of the Age of Reason. 9 halftones, 1 table