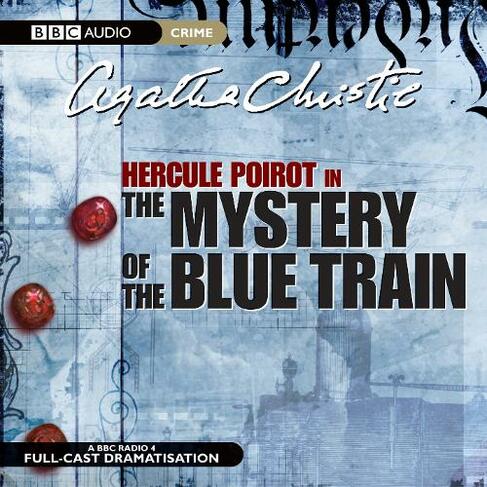 A millionaire strikes a deal on the seedier side of Paris and gives to his heartsick daughter, Ruth Kettering, the 'Heart of Fire', one of the world's legendary jewels that once adorned the crown of the Tsars. Legend has it that the possession of the jewel leads to death - but despite her father's protests, attractive young Ruth decides to take it with her when she boards the luxurious Blue Train to the French Riviera, where she has planned a reunion with her former lover. But the legend proves true and a few days into the journey, Ruth is found dead and her priceless rubies stolen. The suspects line up: could the murderer be Derek, her weak and greedy husband; Ruth's former lover the Comte de la Roche who has a well-known weakness for ladies and expensive gems; or the beautiful but tempestuous dancer Mirelle, Derek's scheming and expensive mistress? Only master sleuth Hercule Poirot can unravel the mystery and find the truth. Another perplexing mystery from the Queen of Crime, dramatised with a full cast including Anthony Smee and Judy Buxton. 2 CDs. 2 hrs 35 mins.

Agatha Christie was born in 1890. During the World War I she worked as a hospital dispenser, where she gleaned the working knowledge of various poisons. Her first novel was The Mysterious Affair at Styles, published in 1920, followed over the next six years by four more detective novels and a short story collection. However, it was not until the publication of The Murder of Roger Ackroyd that Agatha Christie s reputation was firmly established. In 1930 the sharp-witted spinster sleuth Miss Marple made her first appearance in Murder at the Vicarage. In all, Agatha Christie published 80 crime novels and short story collections. As her play The Mousetrap (the longest-running play in the history of the theater) testifies, Agatha Christie s detective stories are likely to appeal for a long time to come. Agatha Christie was awarded a CBE in 1956 and was made a Dame of the British Empire in 1971. She died in 1976."