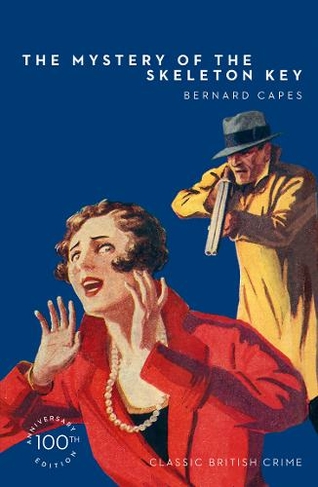 The Skeleton Key (1919) was the first detective novel published by Collins, ushering in the Golden Age, the Crime Club, and 100 years of remarkable crime fiction that would follow. A body is discovered after a shooting party in the grounds of a country house in Hampshire. The police are called in, and a clever young detective, Sergeant Ridgway, begins to unravel a much more complicated and brutal case of murder than was first suspected. But has he met his match with Le Sage, a chess-playing Baron, who is convinced that the answers lie not in Hampshire but in Paris? After 20 years of writing in various genres, The Skeleton Key was Bernard Capes' crowning achievement, as he died shortly after completing the book. Introduced by Hugh Lamb, whose anthology The Black Reaper resurrected Capes' reputation as one of the best horror writers of his generation, the book also includes its original tribute to Capes by G. K. Chesterton, author of the Father Brown mysteries.

Bernard Edward Joseph Capes (1854-1918) was a prolific Victorian author who published more than 40 books - romances, ghost stories, poetry and history - and won awards in England and America. He is best remembered as an accomplished writer of horror stories in the vein of M.R. James, and has the distinction of writing the first detective novel commissioned and published by Collins - The Skeleton Key in 1919, whose enormous success (8 different editions in 10 years) paved the way for a century of crime books. It was his only crime book, as Capes died in the influenza epidemic on 2 November 1918 before The Skeleton Key was published. A plaque commemorating his life is in Winchester Cathedral, near where he lived.