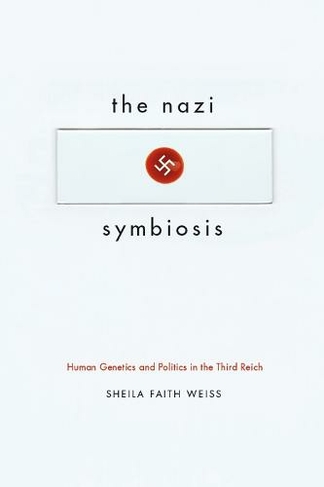 The Nazi Symbiosis: Human Genetics and Politics in the Third Reich

Under the swastika, German scientists descended into the moral abyss, perpetrating heinous medical crimes at Auschwitz and at euthanasia hospitals. But why did biomedical researchers accept such a bargain? The "Nazi Symbiosis" offers a nuanced account of the myriad ways human heredity and Nazi politics reinforced each other before and during the Third Reich. Exploring the ethical and professional consequences for the scientists involved as well as the political ramifications for Nazi racial policies, Sheila Faith Weiss places genetics and eugenics in their larger international context. In questioning whether the motives that propelled German geneticists were different from the compromises that researchers from other countries and eras have faced, Weiss extends her argument into our modern moment, as we confront the promises and perils of genomic medicine today. 37 halftones

Sheila Faith Weiss is professor of history at Clarkson University and the author of Race Hygiene and National Efficiency: The Eugenics of Wilhelm Schallmayer.